Cease Taking Tiny Steps ﻿When Large Ones are Required 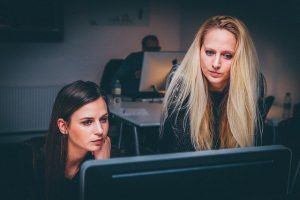 In a book about companies that survive for hundreds of years,  The Living Company, author Aries de Geus recognized that enduring companies “reacted early rather than later, by foresight rather than catch-up.”
Here’s an example to consider:
Instead of laying staff off during the Great Recession, Steven Koch made two salary cuts at Big Brothers Big Sisters of Tampa Bay. He made one 5 percent cut at the end of the first quarter when their income fell below expectations. Less than a year later, he enacted the second cut of 9 percent. “I wish I had done it sooner and at a higher percentage.”
Despite this hindsight, Koch emerged from the recession with his staff intact. Many nonprofits did not.
Be bold. Take giant steps.
Additional resources:
Nonprofit Merger Checklist: The Ten Steps
Five Steps to Take Before You Move Forward with a Nonprofit Merger
Would you like to know more about taking bold steps now, please don’t hesitate to reach out to me. I’d love to help you and you’re nonprofit, take the giant steps you need to succeed now.