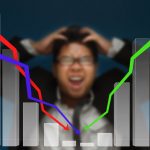 Visions matter. Visions are the DNA of success, of monumental change, of dreams–coming true.

Visions inform the world. They energize labor and recruit resources. Moreover, like a tunnel leading to your grand entrance, visions align friends and supporters and their energies in one direction.

Visions Can Destroy the work of Entrepreneurial Nonprofit Leaders

How is it possible that your vision, universally perceived as good, might destroy good works? Visions when poorly designed misdirect energy and injures people and squanders resources.

You can, as I’ve witnessed in my advising work, design visions without fatal flaws. Later this week, I’m part of a panel discussing Entrepreneurial Nonprofit Leadership. (It’s not too late–sign up here.) To prepare, I studied my client list and interviews. I analyzed leaders with the most entrepreneurial mindset and their visions. I found five vision challenges.

1. Hairy and Audacious and Imprudent

As leaders, we’ve taken to heart, Jim Collin’s invitation to seek big hairy audacious goal (BHAG.) What we haven’t reckoned with is what happens when we step beyond audacious into the big, hairy, and imprudent.

An executive casts an other-worldly vision to increase the organization’s annual output by over 1200 percent. (Translate this into your world. Say you serve 1,000 customers a year. The vision calls for you to increase your production to 12,000 in twelve months!)

So you wonder, what was the executive’s revenue plan to support this expansion?
More of what they already did.

It was sort of like a huge troll tromping through the organization.

Within 24 months, the CEO resigned. For the following five years, the organization struggled, like a spinning top, to right itself.

How can you avoid the impudent vision? Control the way you present it your colossal goal.

I worked with a client running down the colossal goal pathway. Instead, of releasing the whole vision or discarding it, I counseled him to share just what people needed to know now-the part that he was actively pursuing. He followed my advice. People, including his donors, got just as excited. Staff got less spoked. He reached his goal, kept his job, and now is working on the next phase.

The lesson? Resist the temptation to publicize all of your vision before you’ve done any.

Is Your Vision a Problem?

Crazy big visions reflect just one challenge of developing a compelling vision and entrepreneurial nonprofit leadership. You can learn more on Wednesday. Please join us. 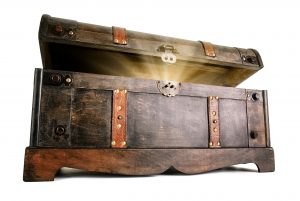