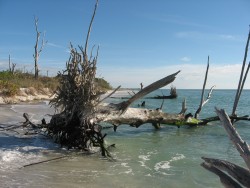 On the overhead screen, a pie chart illustrated how the nonprofit sector earns cash. In the audience, 70 people guessed which income source represented the largest slice. CEOs, senior staff, students, and professors who taught nonprofit master-level classes filled the room. When they were ready, I listed each category and asked which the biggest. Only four people got it right. I’ve repeated this exercise at many presentations with similar results.

A lot of misinformation exists about nonprofit income. It exists outside the sector, among the general public. It creeps into the thinking of boards and donors. It resides deep within the sector in groups where I present. In contrast, ingenious CEOs and EDs consistently find solid revenue knowledge—even if they don’t label the streams the same as in 7 Nonprofit Income Streams. Smart leaders know how their missions are funded, their salaries paid, and why others provide money—the ingenious work with facts.

Clarity breeds success. Does clarity really make that much difference? Yes. If you fear drowning, and many nonprofits do, it matters if you swim toward the big island or the rock that submerges at high tide. You do great work. You deserve income to do it.

What Does Misinformation Cost Us?

Plenty. Half-truths and errors about income lead many to spend inordinate amounts of resources chasing low-return opportunities, such as grants or donations from community leaders with full dance cards. Misinformation is at the heart of high development director turnover rates. It prevails in the thinking of discouraged nonprofits—they believe that nothing they do will provide adequate income. Every quarter I receive multiple grant-writing requests. Most come from groups that believe grants represent their secret solution to success. For those willing, I help them use grants as a tool to tap other revenue streams and to improve their infrastructure. Grants almost universally work best as “accessories.” They make you look wonderful but don’t cover basics, such as salaries and utilities. That is, they leave you naked in important places.

If it is your goal to be a sustainable nonprofit, start with the facts. (And if it’s not your goal, why not?) Remove misinformation. Help people to challenge hearsay by asking for the whole story. Here are seven common fallacies to eradicate.

Know What You Know

Even when you know the facts, it can be hard to blow up misinformation. In the movie, The Hunt for Red October, hero Ryan has an epiphany that the captain of a Russian submarine is defecting—even though it looks like he’s preparing to attack. Ryan blurts the insight in the middle of a meeting with top military brass. It doesn’t sit well. When Ryan stands his ground as multiple-star general attacks, “What do you know, you’re only an analyst?” To override similar resistance, provide proof.

As a nonprofit insider, you understand nonprofits and income generation even though you get some answers wrong. You recognize it’s harder than it looks. You understand the importance of relationships. You know that sometimes time can do what words can’t. It is time to recognize what income confusion costs. Your work is too important to lack income to do it. Share the facts and stand your ground.

To fill the void made by removing misinformation, hearsay, and errors, your leaders need solid information about creating a sustainable revenue strategy. Engage your staff and board by reading 7 Nonprofit Income Streams.  You’ll discover new income opportunities and learn to create to sustain your nonprofit as a team.