Asking Friends to Give Without Generating Quid Pro Quo Obligations 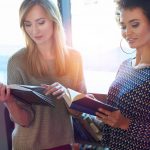 When I was a college freshman, I lived in an all-female dorm. That year, Hollywood released the movie 10. The storyline revolved around a man in the midst of a mid-life crisis. He meets a woman, played by Bo Derek, whom he ranks physically, as an eleven.

“This needs to stop.” My roommate announced. Everyone at the lunch table in our dorm agreed.

But how? We collectively agreed that they would “kill us.” Even though this was an exaggeration, we knew any protest would extract long-term revenge. It would be a quid pro quo.

Perhaps you feel the same fear about making asking a business partner or professional acquaintance to consider supporting a nonprofit. You fear future “payback.” You’re concerned about whether you can afford to return a future unknown favor. Do you worry what you do if a colleague asks you to support a cause you dislike?

Karen Eber Davis Consulting guides executive directors and CEOs to generate the resources, boards, and support they need to make remarkable progress on their missions. As the award-winning thought-leader, advisor, and founding principal of Karen Eber Davis Consulting, Karen helps nonprofit leaders get answers, generate revenue, and grow their mission. Davis is known for her innovation and practicality based on her work with or visits to over 1,000 nonprofit organizations and her experience leading board and team events. She is the author of 7 Nonprofit Income Streams and Let's Raise Nonprofit Millions Together.