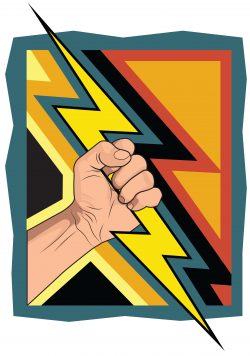 Oil and vinegar? Zombies and ballet? An orchestra and a hockey team? Have you ever changed your image and reached your goals by surprising people? This article explores an unusual partnership between a nonprofit, The Florida Orchestra, and a for-profit NHL hockey team, The Tampa Bay Lightning. The sports team partnered with the arts group to, among other activities, play its new theme song, Be the Thunder (click to listen). Their ongoing partnership brings “together two of Tampa Bay’s greatest assets.”

Over the past two decades, symphony orchestras have struggled. The public attends live events, performing arts, and sports less frequently. When they attend, they purchase smaller ticket packages. In response to these changes, The Florida Orchestra decided to help people see their orchestra in new ways.  They offered a rock series featuring the music of Pink Floyd, Queen, and Led Zeppelin. They started a cultural exchange with Cuba’s Music Institute of Havana. They also created a partnership with a professional sports team which brings us to this article.

To understand how you might adapt it to benefit your nonprofit, let’s stop and explore this partnership to appreciate its success.

A vital component of this strategy is a partnership with an unexpected bedfellow and the surprise of the unexpected. This partnership mixed a for-profit and nonprofit, a music group, and a professional sports team. It involves experts who specialize in subtle finger movements and experts who use large muscles to move a hockey puck across the ice. Offering the unexpected brings attention to both.

This partnership also succeeds because it creates a discrete product. The product was a recorded theme song played at the hockey games and in the Bolts’ marketing materials. The product creates an opportunity for spin-offs. These include press releases and a special concert for youth where the musicians wore hockey jerseys and ThunderBug, the hockey team’s mascot, conducted. In turn, the theme song offers opportunities to engage the media and expose the hockey team’s audience to the orchestra’s power.

While not apparent at first glance, when we dig deeper, we learn that the two groups had more in common than just geography. This partnership involves more than picking another entity to create surprise. The connection between the two began when a board member and the hockey team owner met at a luncheon. They discovered that both of their audiences overlapped. The Florida Orchestra was trying to speak to a broader audience. The Tampa Bay Lightning was rebranding themselves as being less blue-collar. Hockey fans, compared to other sports fans, are the most upscale.

To use this strategy, seek out unusual partnerships. Create surprises to help you further your work.

For more answers, check out this Nonprofit  CEO Library.

For solutions delivered to your inbox, sign up for Karen’s CEO Solutions.